So you wanna know more about me? 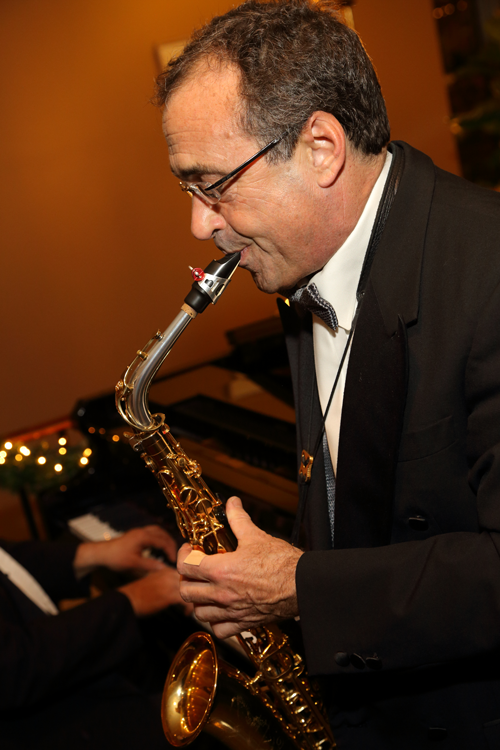 I grew up in the midwest as the son of a university professor. I went to Harvard College and then later via Woodstock to  the University of Alaska for three years. Winding my way through the turbulent late 60’s and 70’s, I continued my education in applied music, music history and theory at Indiana University. I studied jazz with Dave Baker, flute with James Pellerite, saxophone with Eugene Rousseau and clarinet with Bernard Portnoy. The biggest part of my training, however, has been in the studios and clubs of Nashville. I have worked consistently since I first came to town in 1976. By 1980 I was doing recording sessions on Music Row and in the early 90′s I began recording as an artist for the Greenhill/Springhill label.

As an artist, I currently have 19 recordings on three different label, all of which are available in my online store. I find the wordless voice of instrumental music brings a uniquely personal meaning to lyrics. I have tried to convey that in my recordings whether they are romantic love songs, oldies from the 50’s and 60’s or the timeless hymns of the church. I am an active member of Westminster Presbyterian church where I serve as a musician and elder.  In addition to playing flute, pennywhistle or saxophone for worship, I  am often asked to provide Celtic or Dixieland bands for services at my home church or other area churches.  My participation and leadership at Westminster Presbyterian follows a life-long spiritual development that began with my parents  marriage of Jewish and Christian traditions.

My latest recording, “Sax in the City 2” is currently featured on my site. This sequel to “Sax in the City” is a collection of R and B ballads played in a smooth jazz style. Prior to these releases were two Praise and Worship instrumental projects, “Smooth Praise” and “Smooth Worship”.

I lead a band called “City Lights” that does wedding and business receptions.  We do family and music industry events for clients who want a band that has style and creativity.  The traditional jazz group, “Bourbon Street” and  the contemporary jazz group, “Phatjaz“, are also active.

The wonderful talent pool of Nashville’s classical musicians makes it possible to contract chamber ensembles and even a full orchestra for recording sessions, wedding ceremonies or corporate events.

I love waterskiing and we have a nice long season here in middle Tennessee. I also love to downhill ski and hiking so I try to make at least one trip a year out west. In between I stay in shape by going to one the area YMCA‘s.